Doha may soon come under pressure to lift its moratorium on North Field gas production. Increasing support for SMEs in Qatar

A drive aimed at encouraging Qatar’s citizens to set up in business is gaining pace, as the government moves to increase the private sector’s contribution to the national economy through regulatory changes and stronger support for entrepreneurs, writes Oliver Cornock, regional editor for the Middle East at Oxford Business Group. Anthony Ryman the managing director of a brand consultancy in Qatar writes that banks in Qatar need a better brand story, one that is about honest and authentic values that they believe in.

Avoiding the pitfalls of non-compliance

Over the last four years, since the Obama administration took office, the United States (US) government has added over 11,000 pages of regulations, most recently, the Foreign Account Tax Compliance Act (FATCA). Umair Hameed and Robin Butteriss from Deloitte, give their opinion on how to keep abreast of regulations in a climate where the operating mantra for most corporates is to try and cut costs while maintaining profitability and market competitiveness.

If Qatar loses the 2022 World Cup will it ever be held in an Arab country?

Is Qatar’s summer 2022 World Cup in jeopardy? FIFA’s executive committee are set to vote on the matter in Zurich, Switzerland in early October.

HSBC CEO Abdul Hakeem Mostafawi, says 2013 will go down in history as marking an era of change for a dynamic country that is constantly increasing its prominence in the global arena.

Qatar is going through rapid transitions in its real estate sector ahead of the World Cup 2022, but what are the long-term repercussions of this seemingly thriving progress? Real estate analyst Matthew Green explores.

What would it mean if Qatar dropped the dollar peg?

In a recent suggestive hint, the Qatar Central Bank (QCB) governor Sheikh Abdullah bin Saud Al Thani told Reuters that a higher degree of exchange rate flexibility may be more desirable in the future as the Qatari economy becomes less dependent on hydrocarbons.

Depending on the position of Gulf gas exporters, shale gas could be either a threat or opportunity. Whichever it is, the nation must be prepared to reform a long-standing business model. Is the talent of women in Qatar being wasted?

Though Doha is home to many talented and highly qualified women, both Qatari and expatriate, they are not being fully utilised in the workforce, writes Victoria Scott.

Two years ago, Qatar announced the availability of local domain names. If your organisation does not have an online presence yet, it might be a good idea to register your company trademark soon, explains Theuns van de Merwe, a consultant with a Doha-based law firm.

An opportunity in Islamic finance for local rating agencies

There has been much discussion of a local credit ratings agency, following the announcement of Qatar’s central bank governor Sheikh Abdullah Saud Al Thani. But how can it differentiate it self to stand out against the global rating agencies? Rishi Saha, a Gulf based digital communications expert provides five steps to think about when managing an online crisis. 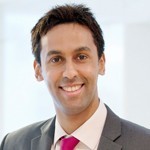 What are informal part-time agents doing to the real estate market?

Real estate website Mannzili recently conducted both a focus group and a survey in order to better comprehend what is happening in the real estate market in terms of their key users; home seekers and estate agents.