As Qatar is looking to diversify from its energy-based economy, the government has cleared a draft law, which will allow any type of company to be set up by a legal professional from Qatar or outside, without requiring to adhere to prevailing company laws applicable elsewhere, writes Syed Ameen Kader. 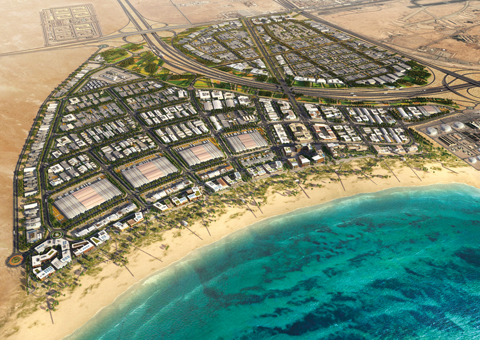 Manataq, which is currently developing three economic zones in Ras Bufontas, Al Karana, and Um Alhoul, has been granted a 50-year concession during which it will be in charge of the management, development, operation, and maintenance of the zones.

The new law means company owners setting up a business inside Qatar’s economic zones can now have 100 percent ownership, as well as enjoy freedom for the unrestricted transfer of capital, revenues or investments out of the country.  In general, the draft law on economic zones in Qatar highlights the growing importance of the sector within the Gulf Cooperation Council.

Qatar has been a late mover into this space although the country already set up tax-friendly zones – Qatar Financial Center and Qatar Science and Technology Park – to attract FDI within the industrial sector. But these new free zones will cater to all kinds of businesses – something that can give Qatar an advantage over other regional competitors such as the United Arab Emirates (UAE).

Industry experts said that the availability of greater levels of accommodation along with free zone status would encourage greater investment within these sectors and create new employment opportunities, further aiding diversification from the oil and gas industry.

Mark Proudley, director, DTZ Qatar, said, “Qatar logistics sector will benefit from better quality infrastructure and also availability of higher quality warehousing and ancillary spaces. These also aim to lower the costs of occupying this type of space if these schemes flood the market with space as anticipated.” However, he said, it will be tough for Qatar to compete with established locations such as Dubai, particularly in the logistics sector as the UAE has become a global hub for distribution throughout the region.

Witty,  on the other hand, said, “Economic zones across the region tend to cater only for commercial and trading enterprises whereas the three proposed zones in Qatar will aim to attract a wider range of businesses including, hydro-carbon based industries, manufacturing, technology and transport, potentially attracting greater occupational diversity.”

Given that most zones across the region offer similar incentives in the form of 100 percent foreign ownership and repatriation of profits, and no income, import or export taxes, he said, “It may be that Qatar can further differentiate itself from its regional competitors by offering more competitive rental packages, low cost and efficient licensing procedures, removal of restrictions on hiring foreign employees.” It can also look at having an extensive range of on-site facilities such as retail, food and beverage outlets, banks, gyms, health centres and the provision of mortgage facilities for buildings developed on leased land.

Qatar’s non-hydrocarbon, logistics sector is predominantly based in and around the old Industrial Area, located approximately 18 kilometres to the west of the HIA and the New Doha Port. “The location of the existing Industrial Area and its ageing infrastructure means it is not readily accessible from the airport and port and as such, it is likely that, over time, the new economic zones will compete directly in terms of attracting some of the existing businesses to relocate,” concluded Witty.

Native advertising in Qatar: Now is the time to start