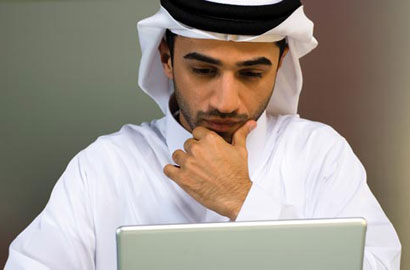 As career guidance is still a relatively new concept in most of the Arab world, Silatech recently launched Tamheed, an online assessment programme destined to play an important role in the career development of young Qataris.read more ›

Qatari outward foreign direct investment (FDI) in 2013, according to UNCTAD’s World Investment Report 2014, exceeded QAR29 billion. This is of course, largely due to the international forays of large state-owned or majority-owned entities such as Qatar National Bank (which now operates in 26 countries outside Qatar); Ooredoo (81.6 percent of whose revenue now comes from outside of the country); or Nakilat (which is looking at increasing its current investment portfolio of QAR54.6 billion). But what of Qatar’s small and medium enterprises (SMEs)? Do they have the ambition or means to expand their operations beyond the country? And if so, what is the government’s role in aiding these entities to move beyond the borders of Qatar?  read more ›

Many fast-growing markets face challenges affecting their growth rate, which if unsolved, could lead to unfortunate future consequences. An example of such a challenge is the apparent culture of late payment in Qatar’s construction industry. Qatari entrepreneur and contractor Zeyad Al Jaidah discusses the consequences and possible solutions to this dilemma.  read more ›

Adrian McDonald, president of EMC Corporation for Europe, Middle East and Africa spoke exclusively with The Edge about how the IT company has evolved over the years, how technology is impacting business strategy and the challenges in securing employees to fill the increasingly high-skilled positions the IT sector is demanding. read more ›

Do not look at start-ups as pursuing ideas, instead focus on a problem to solve

Jim McKelvey, co-founder of Square, was in Doha recently to talk about entrepreneurship. Speaking with The Edge, he discussed the challenges he faced as an entrepreneur, and how he views it as problem solving more than anything else. McKelvey has launched numerous businesses throughout his varied career in the United States including arguably his most succesful projects yet, Square. McKelvey started Square with Twitter’s co-founder Jack Dorsey, who also worked at one of his previous companies. Square is a free credit card reader that plugs into mobile devices allowing businesses to accept credit card payments. It is especially popular among smaller businesses, paying a fixed rate per transaction with no other fees. read more ›

Increasing support for SMEs in Qatar

A drive aimed at encouraging Qatar’s citizens to set up in business is gaining pace, as the government moves to increase the private sector’s contribution to the national economy through regulatory changes and stronger support for entrepreneurs, writes Oliver Cornock, regional editor for the Middle East at Oxford Business Group.  read more ›

In a two-day forum organised by Qatar University in collaboration with Interactive Business Network, stakeholders and entrepreneurs discussed the role played by self-driven individuals in fostering economic development. read more ›

Entrepreneurship is generally recognised as a vital element in economic development and provides stimulation for private sector growth and diversity. It is against this background that Qatar University (QU), in cooperation with Interactive Business Network (IBN), is organising the Entrepreneurship in Economic Development Forum to be held in Doha in February 2014.  read more ›

Despite challenges, setting up a firm in Qatar is becoming easier

Wayne Merrick general manager, The Links Group Qatar, tells The Edge in an exclusive interview that some company formation experts tend to mislead prospective companies from entering Qatar, which explains why many companies are put off by the process altogether. read more ›

Qatar: A hub for technology ventures?

Enterprise Qatar has announced a new strategic partnership with TechWadi, a non-profit organisation trying to increase collaboration between Silicon Valley and the Arab region, to launch a new technology incubator in Qatar.  read more ›

As career guidance is still a relatively new concept in most of the Arab world, Silatech recently launched Tamheed, an online assessment programme destined to play an important role in the career development of young Qataris. read more ›

The trials and tribulations of expatriate start-ups in Qatar

The EDGE spoke with Kirby Kearns, managing director of Resolution Productions about the opportunities and challenges of starting a business in Qatar as an expatriate. read more ›

A three day conference organised by Silatech and the Arab Urban Development Institute (AUDI) concluded recently in Doha, with more than 350 attendees from throughout the region sharing strategies and lessons in promoting youth entrepreneurship. read more ›