Qatar & the GCC: Racing for returns

The Gulf Cooperation Council (GCC) was formed in 1981 against the backdrop of the Islamic revolution in Iran and the Iraq-Iran war. Today, the six-nation GCC is a different entity compared to when it was conceived. In tune with the dynamics of regional politics, the GCC has not achieved many of the collaborative efforts that it had originally sought – a common army or a single currency, for instance – but it is equally true that economically these nations have also become far more successful and competitive in many business sectors, including financial services, tourism, construction and real estate than could even be conceived of 30 years ago. So where does Qatar stand in this union historically and what does the future of the GCC hold politically and economically? 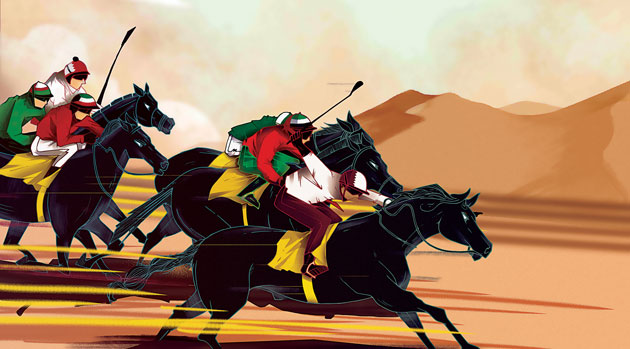 Established in Abu Dhabi on May 25, 1981, the GCC comprised the 630-million-acre (2,500,000 km2) Persian Gulf states of the United Arab Emirates (UAE), Bahrain, Saudi Arabia, Oman, Qatar and Kuwait. The unified economic agreement between the countries of the GCC was signed on November 11, 1981 in Abu Dhabi.

However, in December 2006 Oman announced that it would not be able to meet the target date for the latter. Following the announcement that the central bank for the monetary union would be located in Riyadh and not in the UAE, Oman and the UAE announced their  withdrawal from the project in May 2009.

Nevertheless, economic development in the Gulf area has continued apace, some of the fastest growing economies in the world, mostly due to a rise in oil and natural gas revenues coupled with a building and investment boom, backed by decades of petroleum revenues. In an effort to build a tax base and economic foundation before the hydrocarbon reserves are depleted, as part of broader diversification ambitions, GCC nations such as the UAE and Qatar have created globally assertive investment arms, including Abu Dhabi Investment Authority which retains over USD900 billion (QAR3.3 trillion) and the Qatar Investment Authority which has USD115 billion (QAR418.6 billion) in assets.

From the time the GCC was set up, economic research has pointed to the combined economic strength of the  six-member  bloc.  In a recent study entitled Integrating, Not Integrated:  A Scorecard of GCC Economic Integration, Booz & Co showed that the per capita gross domestic product (GDP) of the GCC countries has increased by 45 percent over the past decade, to USD42,000 (QAR152880) in 2010, and is expected to reach USD54,000 (QAR196560) by 2015. Moreover, the study says, the GCC controls almost 40 percent of the world’s proven oil reserves, 20 percent of gas reserves, and close to 40 percent of the global financial reserves, making it an important financial and economic bloc on the world stage.

An aerial view of The Pearl-Qatar, located in Doha. This real estate development many see as created to compete with the Palm Jumeirah in Dubai. (Image Corbis)

Indeed, there is generally policy parity in all GCC countries when it comes to the management of their economies and diversifying away from hydrocarbons. The Institute of International Finance (IIF), in a recent conference held at the Dubai International Financial Centre, lauded the diversification of all the GCC economies. Dr. George T. Abed, IIF senior counsellor and IIF director for Africa and the Middle East, notes that “the GCC countries have pressed ahead with economic diversification as the share of the hydrocarbon ratio has continued to decline, from 41 percent in 2000 to 27 percent.”

Growth, in turn, has been driven by rising public sector spending, says Dr. Abed, especially on physical and social infrastructure, and buoyant private sector activity. However, to sustain this momentum as the share of the hydrocarbon sector continues to decline, structural reforms need to be deepened and sustained, he warns.

Against the backdrop of policy unity, when it comes to individual countries there is ample research evidence that clearly points to the benefits of intra-GCC cooperation in various fields. However, this can be tempered with each country’s individual internal politics, some of which tend to complicate a more integrated GCC. There are also the realities of bilateral relations within the loose grouping, all of which give rise more to competition than cooperation among GCC member states.

According to Gerd Nonneman, dean of Georgetown University in Qatar, the main competition among the GCC nations lies in sectors such as financial services and transport (from ports to airports), as well as potentially in manufacturing sectors such as aluminium, petrochemicals and steel.

With all the nations of the GCC following policies of diversification and looking beyond hydrocarbon wealth in the long run, Michael Stephens, researcher of Royal United Services Institute (RUSI) Qatar agrees that this competition is intensifying, especially high growth sectors such as financial services.

Political upheaval and social unrest can also quickly affect the situation, says Stephens, citing the competition between Bahrain and Dubai in the sector a few years, which due to the Arab Spring became a race which Bahrain can now never hope to win.

Dignitaries from the Gulf Co-operation Council member states at the start of the 33rd GCC Summit in Manama, Bahrain in December 2012. (Image Corbis)

Stephens explains how when the disturbances began in Bahrain, many bankers relocated to Dubai, especially from French banks, and never came back. “There is always a lot of political ramifications behind the economic realities of these GCC countries,” he adds. “For instance, Saudi Arabia is building a huge financial district, right up to the northwest of Riyadh. They will have to strengthen the project in such a way that they can out-compete Dubai.”

Qatar too is positioning itself as a hub of banking, insurance and asset management etcetera, but Stephens feels that although Qatar has more hydrocarbon reserves compared with Abu Dhabi, on a very subtle level, this competition also has a lot to do with branding issues rather than deep state coffers. “Qatar and Abu Dhabi are competing with each other, trying to brand their respective economies as more competitive with greater ease of doing business,” he adds.

David Roberts, director of RUSI Qatar agrees with his colleague, noting that “There is a huge branding dynamic amongst the GCC countries, as David Ricardo, the British economist had spoken about, calling it comparative advantage. All the nations do a branding exercise while selling their countries to the world.” But while such competition can be positive for the market and for consumers, there is also a downside when it comes to the GCC, adds Roberts. “There is a lack of coordination amongst countries, say between Qatar and Abu Dhabi, when it comes to strengthening their financial sectors. How much of that is duplication of resources within the same country is anybody’s guess. Overall the GCC is marked by a lack of unity of goals and has not really acted like other global trading blocs,” he says.

Setting a historical context to the trade between the GCC countries, Georgetown’s Nonneman says that figures and trends for intra-GCC trade are skewed by their share of oil and gas in their exports. He adds that until the 1990s intra-GCC trade remained shackled by a range of obstacles, from customs duties to incompatible rules and standards.  “So it actually made a lot of sense to develop the frameworks to reduce those barriers: from a free trade area (gradually built from 1983), to a customs union (launched in 2003 but remaining incomplete) and then the beginnings of a common market (from 2008),” he says. “As real effects of these two combined trends (development and integration), intra-GCC trade grew from USD22 billion (QAR80 billion) in 2003, to USD138 billion (QAR502 billion) in 2012.”

Discussing current trade relations between GCC countries with The Edge, Dr. Naser Al Tamimi, a UK-based analyst, journalist and the author feels that the impact of intra-GCC trade can, in his opinion, have a wider impact on the countries provided they continue with policy reforms that help increase the pace of economic diversification and allow the private sector to have a greater share in the economy. Thanks to regional instability and in line with GCC allies, Qatar has increased defence spending in recent years. (Image Corbis)

Another area GCC states invest in heavily and cooperate efficiently, thanks to the Arab Spring and regional instability, is defence spending. According to the Stockholm International Peace Research Institute (SIPRI) the Middle East region has accelerated spending 8.5 percent in 2012, despite an overall decline in global military expenditure last year. In June, local media reported that the US plans to sell Qatar two spare engines for C-17 Globemaster III transport planes. According to reports, this is the fourth arms agreement between the US and Qatar since December 2012, when Qatar was reported have purchased USD406 million (QAR1.48 billion) mobile rocket launchers. Qatar also ordered USD122 million (QAR444 million) in antitank missiles in April. Citing the Defence Security Cooperation Agency (DSCA), the report states that the latest  USD35 million (QAR127 million) purchase will enhance Qatar’s ability to operate its C-17s, supporting its capability to provide humanitarian aid in the MENA region and support its troops in coalition operations.

Of course, one of the objectives of setting up the GCC was also military cooperation. Neil Partrick, a visiting fellow of the London School of Economics argues in his research paper, The GCC: Gulf State Integration or Leadership Cooperation? that the conflict between Iraq and Iran presented a major security threats to the Gulf Arab nations, necessitating this investment and show of unity.

This need has further been exacerbated more recently by difficult relations with Iran and the ongoing Syrian conflict. Though Partrick adds that the GCC external defence is largely symbolic due to a numerically and practically limited force, with its shared interests, this is one of the areas that the GCC cooperation continues to be strongest, despite political differences and business rivalries between member states. For Qatar, with the apparent scaling back of its active role in regional political affairs, which some analysts feel might give rise to a quieter domestic focus, Doha is well positioned to take advantage  of its economic prominence in the region and to further increase its business influence and the competitive race for profits in the GCC and beyond.

Capital expenditure expected to rise within the GCC in 2013