What Japan’s troubled relationship with nuclear power means for Qatar 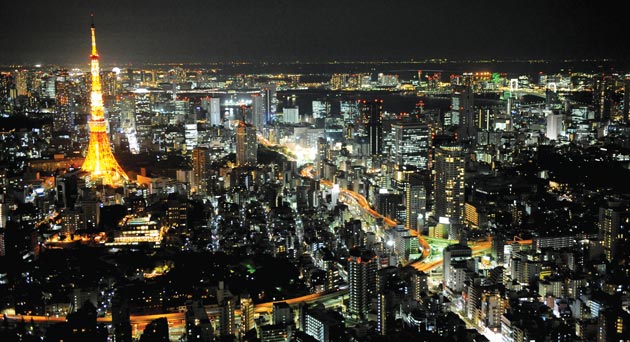 In 2013, Japan imported over 87 million tonnes of LNG, the vast majority of it for power generation at a cost of QAR250 billion, the most it had ever spent in a single year. (Image Corbis)

A plateau volume of 0.18 million tonnes per annum (MTPA) will be hit in 2019 and sustained from that point onwards, which at today’s prices would mean an income for Doha of around QAR550 million per year under the deal. Yet, the deal comes at an important crossroads for Japan as it considers its future relationship with another energy source: nuclear. Japan’s tough decision to switch off its nuclear power plants in the wake of the partial meltdown at the Fukushima Daiichi plant in 2011 has hit its economy hard, while it has struggled to rebuild following the tsunami of the same year. The Far East nation imported just over 87 million tonnes of LNG last year, figures released by the country’s finance ministry in February showed, the vast majority of which was for power generation. Roughly 15 percent of this came from Qatar.

This made it the largest LNG importing nation in the world by volume, while the amount spent – a huge JPY7 trillion (QAR250 billion) – was the most Japan has spent on fuel in a single year in its history. While volume only crept up from 2012, spending shot up (see table over). When compared to the amount spent on coal, which fell despite growth in volume, the amount being ploughed into imports is stark. The complex moral and economic questions surrounding the nuclear power industry, that not just Japan, but the world continues to grapple with, almost three years on from Fukushima, could have a huge bearing on the health of Qatar’s LNG export industry over the next few years, and potentially for decades into the future.

Across the planet, governments are battling with what is widely known as the energy ‘trilemma’ – a three-pronged problem common to the energy sectors of virtually all nations, whether emerging economies or industrialised countries – how to cut man-made global-warming-causing carbon emissions while ensuring a secure supply of energy at an affordable price.

Nuclear power has for a number of years, appeared to occupy a niche within the three sides of the argument: although initially expensive, its running costs are relatively low; although slow to respond, its supply is generally secure and reliable; and in comparison to burning fossil-fuels, its carbon emissions are very low indeed. Now compare the characteristics of nuclear power with those of gas-burning power stations. Gas plants are cheap to build, but running costs, with a constant need for fuel, are high. Supply, although costly, is both responsive and reliable. And carbon emissions, while substantially higher than nuclear, are less than those from coal-burning power stations.

In a post-Fukushima world that shies away from the political risk inherent in nuclear power, the gas-fuelled sector, which is cleaner than coal and more reliable than renewable energy, could win out.

Yet Japan’s uncertain and fractious relationship with nuclear power is a long way from being broken permanently. The country’s prime minister, Shinzo Abe, took power for the second time a little over a year ago, backed by an economic pledge to return the country to growth following a two-decade long economic malaise. And part of this plan involved the development of a diversified energy strategy, the blueprint for which, known as the Basic Energy Plan, is expected to be published in March.

Abe has already signalled that nuclear is likely to play a role in Japan’s energy future, meaning a cut in the nation’s LNG consumption will follow. Moreover, on 10 February, a former cabinet minister Yoichi Masuzoe – a pro-nuclear candidate – won the election for Tokyo governor by a landslide, edging the country closer to a new deal with, and potentially a new acceptance of, nuclear power. However for Qatar, another new deal, signed with Tokyo Electric, is testament to the fact that LNG will still play an important role in Japan’s future energy mix, regardless of how the nation resolves its troubled relationship with nuclear power.